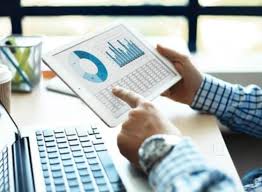 On August 11, 2017, the Office of the Superintendent of Financial Institutions (OSFI) announced it was suspending compliance expectations set out in its June 30, 2017 cover note to Advisory 2017-01 (Advisory).

According to the federal regulator, the suspension was necessitated by the second consultation paper the Department of Finance (Department) released as part of the ongoing review of the federal financial sector framework.

The Department is using the consultation paper, among other objectives, to seek views on whether prudentially regulated non-bank deposit-taking institutions should be given flexibility to use the terms “bank” and/or “banking” to describe their activities and services in appropriate circumstances.

OSFI will communicate its revised expectations for compliance with the Advisory after the Department announces outcome of its consultation.

In the meantime, I welcome the suspension. I also look forward to eventual reversal or, at the very least, some revision of the compliance expectations and this article addresses why. First to the Advisory.

Issued on June 30, 2017, the Advisory outlines how OSFI interprets and administers the Bank Act restrictions on use of the words “bank,” “banker” and “banking” (or Bank Words).

Based on its interpretation of s. 983 of the Bank Act, OSFI directs that a non-bank deposit-taking institution could no longer use Bank Words such as “better banking/convenient banking,” “…for all your banking needs,” “come do your banking with us,” “mobile banking/telephone banking/branch Banking,” “bank accounts,” “automated banking machine,” regarding the company’s business, or any part of its business, in Canada.

The restriction applies regardless of the medium the company uses to communicate, including webpages, web addresses, apps, signage, print and radio. It extends to the company’s logos and slogans.

Until suspension of the compliance expectations, the federal regulator had required non-bank deposit-taking institutions to make all necessary adjustments by certain timelines.

The timelines are as follows:

Similar Restrictions in Other Jurisdictions

Other jurisdictions are not left out when it comes to regulating the use of Bank Words by non-bank deposit-taking institutions doing business in those jurisdictions. Three examples. The State of Minnesota had over a century ago, specifically in 1907, legislated similar restrictions.

Washington State, also in the United States, has similar limitations entrenched in its 2005 Revised Code – Chapter 30.04 RCW (RCW 30.04.020). In Australia, s. 66 of the Banking Act 1959 (Banking Act) generally prohibits a credit union from using or assuming Bank Words in relation to its financial business.

Though above jurisdictions have similar restrictions as we do in Canada, both Australia and Washington State have chosen to implement differently. How has each jurisdiction proceeded?

Like the tension OSFI’s interpretation of s. 893 of the Bank Act has generated, Washington State at some point had to contend with statewide discontentment regarding RCW 30.04.020. The regulator knew urgent steps had to be taken to address widespread concerns trailing RCW 30.04.020 restrictions.

In 2014, the DFI officially weighed in by issuing an Interpretative Statement. Through the Interpretative Statement, the DFI granted an exemption under RCW 30.04.020 to state-chartered credit unions authorized to do business in Washington State, permitting regulated use of the terms “banking,” “bank,” and “banker” in a manner that would not mislead the public that a credit union holds a bank charter.

The DFI reserves the right to take enforcement action under RCW 30.04.020 regarding actions it deems as not in compliance with the Interpretive Statement.

The Interpretative Statement sets out below permissible uses of the terms “banking,” “bank,” and “banker” in relation to advertising by credit unions chartered in Washington State.

Acceptable use of the term “Banking”

“Banking” may be used as a verb or an adjective. Examples include: i) “…for your banking needs;” ii) “I am banking at ABC Credit Union.”

“Banking” may be used as a gerund. Examples include: i) 24-Hour Banking; ii) ATM Banking; iii) Drive-Thru Banking; iv) E-Banking; v) Telephone Banking; vi) “An easier way to do your banking;” vii) “Banking at your convenience;” viii) “Do your banking at a partner credit union;” ix) “Banking is great at XYZ Credit Union.”

Acceptable use of the term “Bank”

The term “bank” may be used in a limited fashion as a verb to describe the activity of banking. Examples: “Simply a better place to bank,” “Bank like a bulldog.”

Acceptable use of the term “Banker”

Based on the updated guidelines, and particularly the Credit Union and Building Society Consent, the APRA permits credit unions in Australia to use Bank Words in the following ways:

a) a credit union may use the words “banker and banking” in marketing and branding material to describe its banking activities, but must not use those words as part of a registered corporate, business or trading name or internet domain name.

b) a body corporate related to a credit union may use the words “banker and banking” in marketing and branding material to describe the banking activities of its related credit union, provided that the words are not used in a misleading or deceptive way.

An example of using in a misleading or deceptive way is using to suggest that the related body corporate is authorized to engage in banking activities, where that is not the case.

c) a credit union may use the expression “mutual banking” in its marketing and branding material.

Generic Nature of the Word “Banking”

In a National Credit Union Association letter, dated March 19, 2002, the generic nature of the word “banking” was commented on as follows:
[t]he term “banking services” has become a generic term essentially synonymous with “financial services.” Moreover, one sees the word “bank” used as a verb in many contexts and persons without access to financial services are sometimes described as “unbanked.”

I agree with the above comment and here are few reasons. Non-bank deposit-taking institutions, like the banks, accept deposits and offer investment plans. Like the banks, these financial institutions offer loans and participate in other consumer financing transactions.

Given the variety of banking services non-bank deposit-taking institutions offer, the use of the word “banking” or its derivative terms has undoubtedly become generic over time.

Based on the above, these financial institutions should be able to use Bank Words to generically describe their services and products, such as online banking and telephone banking. One of the regulations to the Bank Act, Access to Basic Banking Services Regulations, seems to recognize this.

As a condition for customers to access basic banking services at a bank, the Access to Basic Banking Services Regulations (Regulations) require the bank to ensure Know Your Customer (KYC) requirement is met.

Part B of the Regulations outlines acceptable pieces of identification for the required due diligence as including “a bank or automated banking machine or client card, issued by a member of the Canadian Payments Association [Payments Canada].”

Given the above fact, one could argue the above KYC requirement contemplates “bank” or automated “banking” machine or client cards as issued by banks and non-bank deposit-taking institutions alike.

As contentious as this issue is, there are opportunities for a compromise. And in this regard, I would recommend the following:

a) In response to the Department’s request, the Canadian Credit Union Association (CCUA) and other stakeholders should articulate strong position on how to:

i) refine the limitations on the use of the Bank Words; and

ii) avoid marketplace confusion and ensure appropriate protection of consumers. They may consider leveraging the DFI Interpretative Statement and the APRA updated guidelines to highlight how similar restrictions were implemented in other jurisdictions.

This approach should be combined with the CCUA and other stakeholders drawing up a list of exemptions to s. 983 of the Bank Act for the Department to consider. The overriding commitment should be that non-bank deposit-taking institutions would not use or assume Bank Words in ways that would mislead the public that they are a bank.

b) The CCUA and other stakeholders must sustain ongoing lobbying of the federal legislators for necessary legislative intervention(s).

If this is well managed, we could see s. 983 of the Bank Act being revised to make the use of the Bank Words available to all entities engaged in the banking business – both provincially and federally chartered financial institutions.

Again, the expectation would be that all non-bank deposit-taking institutions are to not use or assume Bank Words in ways that would be misleading or deceptive.

c) While the lobbying continues, each impacted non-bank deposit-taking institution should devote adequate resources to assessing its level of exposure with a view to estimating mitigation efforts required for compliance.  That way, should the ongoing diplomacy and engagement fall through, the entity would still be able to push through with its mitigation plans in timely fashion.

As with the banks, non-bank deposit-taking institutions depend on public confidence for their success. As such, the earlier this issue is addressed the better for everyone and for the Canadian financial system.

There are opportunities for each stakeholder to end up a winner and be happy. In my view, those opportunities must not be missed. And, of course, OSFI has a critical role to play.

Olakunle Komolafe holds an LL.M. from Harvard Law School, United States of America and another LL.M. in Energy, Natural Resources and Environmental Law from the University of Calgary, Canada.