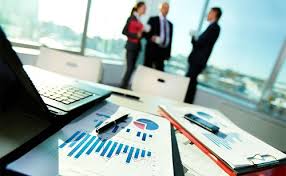 …a compilation of banking regulatory developments across the globe.

The Financial Standard Board (FSB), an international body which monitors and makes recommendations about the global financial system, announced addition of Key Attributes of Effective Resolution Regimes for Financial Institutions (Key Attributes) to its list of Key Standards for Sound Financial Systems.

The Key Attributes, which was adopted in 2011, sets out core elements the FSB considers to be necessary for an effective resolution regime. Noted by the FSB as ‘the international standard for resolution regimes,’ it forms part of a set of policy measures to address systemically important financial institutions which the Group of Twenty (G20) had endorsed in November 2011.

The reissued frameworks incorporate loss absorption mechanism via write-offs for Additional Tier 1 and Tier 2 Islamic capital instruments that are structured using equity-based Shariah contracts such as Wakalah, Musyarakah or Mudarabah. Both frameworks were reissued as of August 4, 2017.

The Office of the Comptroller of the Currency, the Board of Governors of the Federal Reserve System, the Federal Deposit Insurance Corporation, and the National Credit Union Administration jointly published additional frequently asked questions to assist financial institutions and examiners with a new ‘Accounting Standard on Financial Instruments – Credit Losses.’

For U.S. Securities and Exchange Commission filers, for instance, the standard is effective for fiscal years beginning after December 15, 2019, including interim periods within those fiscal years.

The revised Guidelines expand the circumstances under which banks may appeal a material supervisory determination and enhance consistency with the appeals processes of other federal banking agencies.

• make additional opportunities for appeal available under the Guidelines in certain circumstances.

The legislative package would enable Bermuda to meet the Financial Action Task Force and the Organisation for Economic Co-operation and Development’s standards for transparency with respect to registered entities.

It is also intended to support Bermuda’s fulfillment of obligations pursuant to a 2016 agreement between Bermuda and the United Kingdom for exchange of beneficial ownership data and the development of a central registry.

Comments on the legislative package are to be sent to the BMA no later than September 17, 2017.

The Central Bank of Nigeria (CBN) issued for comment draft Regulatory Framework for Unstructured Supplementary Service Data (USSD) for the Nigerian financial system.  According to the CBN, in view of the likely vulnerabilities in USSD technology, ‘concerns have been raised on likely exposure of CBN approved financial entities to possible breaching of USSD-based financial services.’

Comments on the draft framework are to be sent to the CBN no later than September 21, 2017.

The Financial Supervisory Authority (FIN-FSA) amended its regulations and guidelines on calculation of maximum loan-to-value (LTV).

The regulations and guidelines will come into force on October 1, 2017.

3. United States: The Board of Governors of the Federal Reserve System – Strategies for Improving the U.S. Payment System

According to the Federal Reserve, the paper identifies updated tactics the regulator would pursue to help improve the speed, safety and efficiency of the U.S. payment system.

Olakunle Komolafe holds an LL.M. from Harvard Law School, United States of America and another LL.M. in Energy, Natural Resources and Environmental Law from the University of Calgary, Canada.