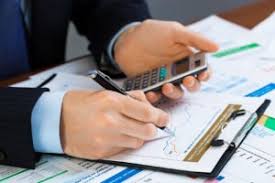 The European Banking Authority (EBA) launched a public consultation on its discussion paper on significant risk transfer in securitization.

The EBA is using the discussion paper to seek stakeholders’ views on how to further harmonize the regulation and supervision of risk transfer through securitization. The paper also builds on the EBA’s monitoring activity of supervisory practices in relation to significant risk transfer.

Based on its monitoring activity, the EBA found that ‘further regulatory specifications may be needed with regard to the process of significant risk transfer assessment, its quantitative assessment by competent authorities as well as the supervisory approach to core structural features of the securitization transaction, such as, for example, amortisation structure, excess spread, cost of credit protection, and call options.’

The Basel Committee on Banking Supervision (BCBS) published answers to its fourth set of FAQs on the Basel III definition of capital. According to the BCBS, ‘these [FAQs] aim to promote the consistent global implementation of Basel III, by providing clarifications and interpretative guidance on the Committee’s standards.’

The FAQs correspond to the definition of capital sections of the Basel III standards and the earlier BCBS release on the loss absorbency of capital at the point of non-viability.

Regulation B, the CFPB’s rule implementing ECOA, provides additional flexibility for mortgage lenders in the collection of consumer ethnicity and race information. It provides restrictions regarding lenders’ ability to ask consumers about their race, color, religion, national origin or sex, except in certain circumstances.

The amendments will provide greater clarity for mortgage lenders regarding their obligations under the law while also promoting compliance with rules intended to ensure consumers are treated fairly.

According to the regulator, ‘mortgage lenders will not be required to maintain different practices depending on their loan volume or other characteristics, allowing more lenders to adopt application forms that include expanded requests for information regarding a consumer’s ethnicity and race.’

The Reserve Bank of New Zealand published revised outsourcing policy for locally incorporated registered banks. According to the regulator, ‘the revised policy aims to ensure that a bank can continue to operate in a situation where a key service provider fails.’

The policy sets out requirements that impacted banks must meet when outsourcing certain functions and services, especially if the service provider is a related party of the bank.

Coming into force on October 1, 2017, the revised policy applies to locally incorporated registered banks with net liabilities of more than $10 billion. The banks have five years from the effective date to become fully compliant with the policy.

The European Central Bank (ECB) launched a public consultation on draft guide on assessing fintech credit institution licence applications. With a consultation period which ends on November 2, 2017, the guide is directed at entities with fintech business model which are considering applying for a banking licence.

The guide aims to make the application process transparent and help applicants as they put together their applications. The ECB noted the guide ‘would also further enhance the harmonization of licensing assessments, while at the same time maintaining all prudential standards for licensing new credit institutions.’

Banks considering applying for licensing would likely be required to hold bigger liquidity and capital buffers given the unique nature of risks they would be assuming.

The Bank of Japan and the Financial Services Agency sent a comment letter to the United States (U.S.) Office of the Comptroller of the Currency (OCC) in response to the OCC release seeking input on revising the final regulation implementing section 619 of U.S. Dodd-Frank Wall Street Reform and Consumer Protection Act of 2010 (Volcker Rule).

On August 2, 2017, the OCC had released a notice soliciting public input on “whether certain aspects of the implementing regulation should be revised to better accomplish the purposes of section 619 while decreasing the compliance burden on banking entities and fostering economic growth.”

The OCC also requested input on ways to tailor the rule’s requirements and clarify key provisions that define prohibited and permissible activities.

The rate, according to the regulators, is expected to serve as a basis for an alternative to current benchmarks used in a variety of financial instruments and contracts in the euro area.

Once the working group has made a recommendation on its preferred alternative risk-free rate, it will be expected to explore possible approaches for ensuring a smooth transition to this rate, if needed in the future.

1. Canada: Government of the Province of British Columbia – Report on Anti-money Laundering

Last Friday, the Government of the Province of British Columbia (B.C.), Canada released a 2016 report commissioned to look at practices and the regulatory regime related to suspicious cash transactions at B.C. gaming facilities.

On a related note, announced the B.C. Attorney General, an independent expert to review whether there is a case of unaddressed, or inadequately addressed, issue of money laundering in Lower Mainland casinos would be appointed in the coming weeks.

The Joint Committee of the European Banking Authority, the European Insurance and Occupational Pensions Authority, and the European Securities and Markets Authority (collectively as ESAs) published guidelines to prevent the abuse of funds transfers for terrorist financing and money laundering purposes.

The guidelines set common regulatory expectations of payment service providers’ policies and procedures and pave the way for a more harmonized and effective, pan-European approach to anti-money laundering and countering the financing of terrorism (AML/CFT) in the funds transfer context.

The guidelines aim to: i) foster a consistent approach to AML/CFT; and ii) promote a common understanding of payment service providers’ obligations in this area.

The Bank of England announced that results of stress test by seven major United Kingdom (UK) banks and building societies would be released on November 28, 2017.

According to the regulator, the stress test includes two stress scenarios – an annual cyclical scenario (ACS) and an additional biennial exploratory scenario (BES), which is being run for the first time.  The ACS incorporates a severe and synchronized UK and global macroeconomic and financial market stress, as well as an independent stress of misconduct costs.

The BES considers how the UK banking system evolves in an environment of weak global growth, persistently low interest rates, stagnant world trade and cross-border banking activity, increased competitive pressure on large banks from smaller banks and non-banks, and a continuation of costs related to misconduct.

The EBA launched a consultation to amend the Implementing Technical Standards (ITS) on supervisory disclosure, which specify the format, structure, contents list and annual publication date of the supervisory information to be disclosed by competent authorities.

The revised draft ITS will incorporate the changes to the European Union legal framework and the establishment of single supervisory mechanism.

According to the EBA, ‘the rationale for amending the ITS was the need to clarify the level of consolidation and the approach to be taken when aggregating the data…with the aim of avoiding additional burden and to enhance the comparability of the data.”

Olakunle Komolafe holds an LL.M. from Harvard Law School, Massachusetts, United States of America and another LL.M. in Energy, Natural Resources and Environmental Law from the University of Calgary, Canada.